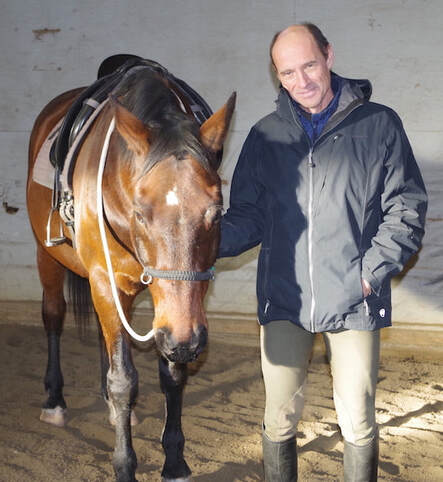 Thomas is an Equestrian Canada certified Competition Coach.  He has over 45 years of experience with horses and has competed in dressage, 3-day eventing and combined driving.  ​

Thomas started riding in Switzerland under Edi Kastner from the Spanish Riding School in Vienna. He initially competed in dressage and, after coming to Canada in 1984, branched out into eventing and combined driving.

In 1992, he obtained his NCCP coaching certification (English Level 1) and, in the mid 1990s, he served on the board of the Alberta Horse Trials Association.

​Thomas has recently returned from a nine-year stay in Switzerland, where he concentrated on natural and classical methods with his students in Geneva and Zürich.