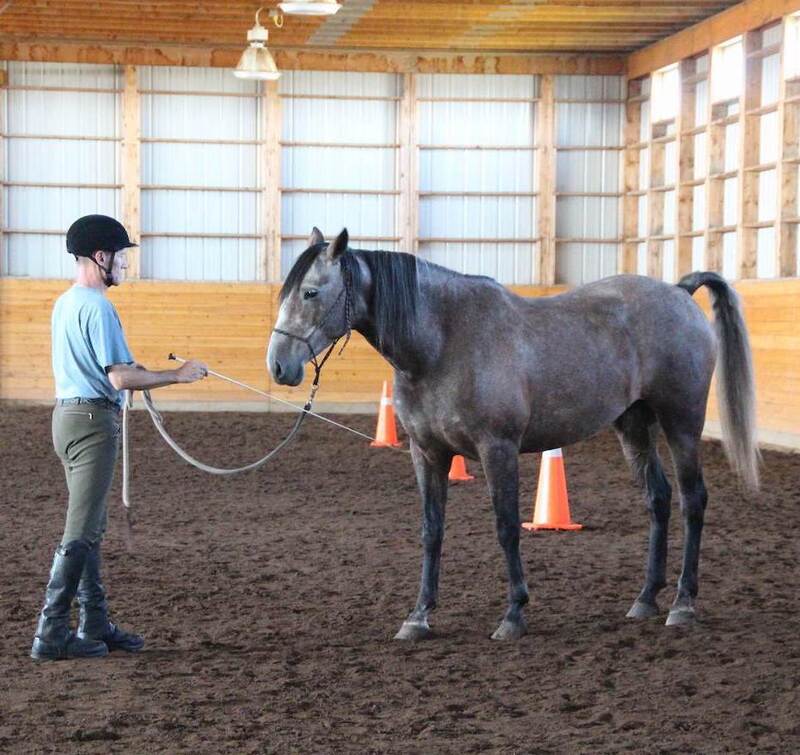 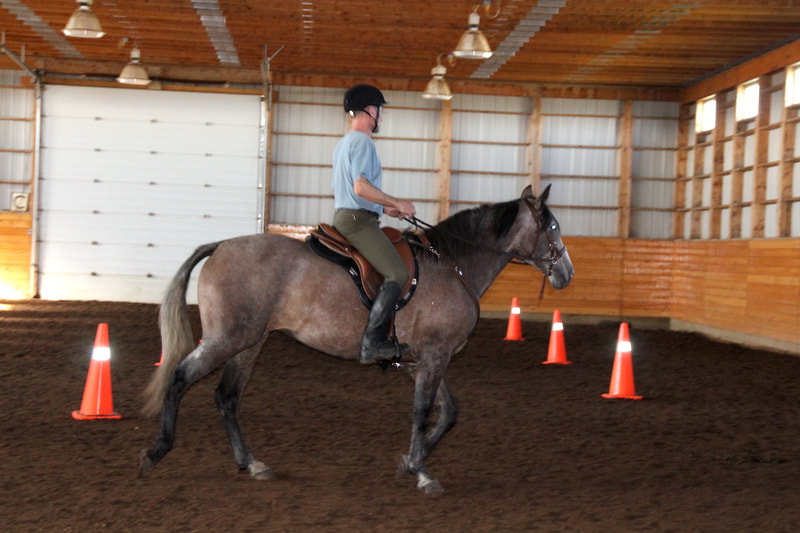 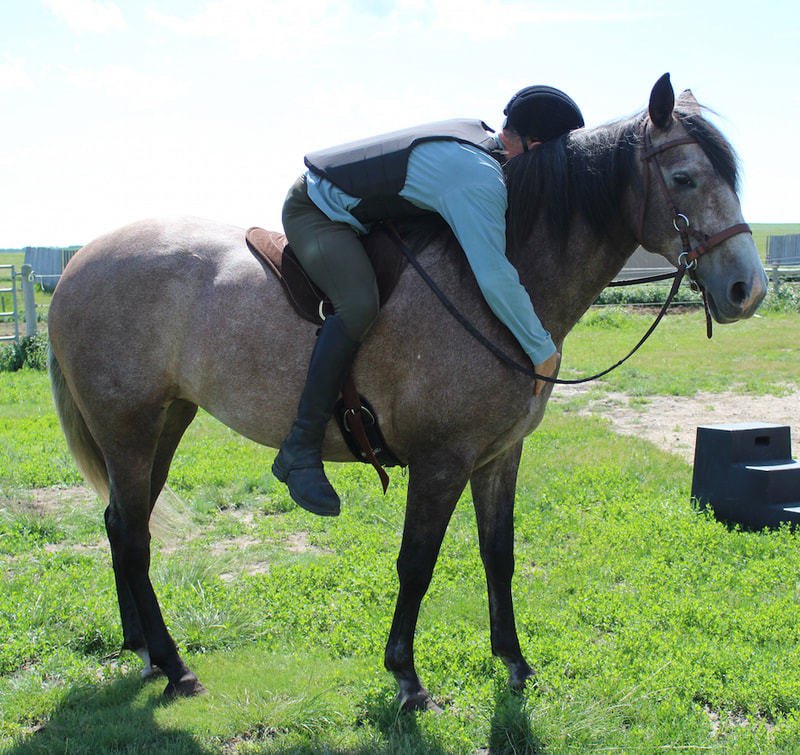 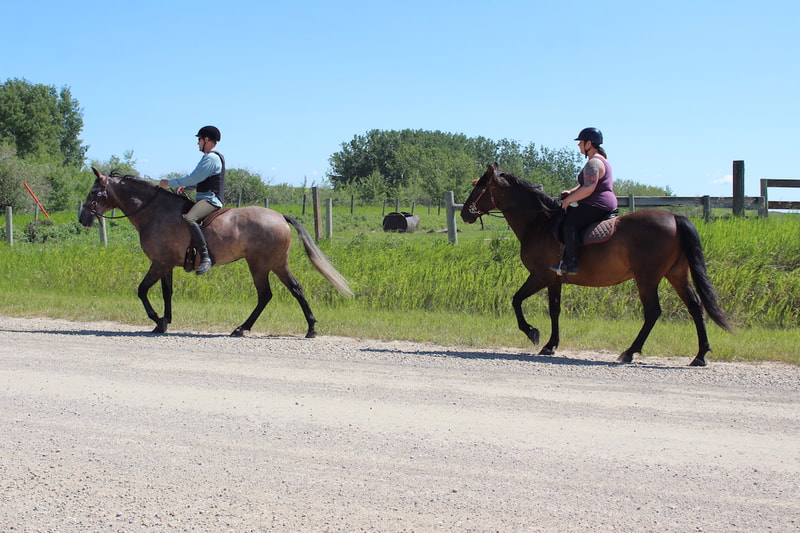 Photos courtesy of Andi Bartnek and Madison Phillips
In the summer of 2019, I had the privilege to work with Astuta, a purebred PRE mare owned by Milagro Farms Andalusians.

I found Astuta to be very intelligent and “personable”, but also very set in her ways.

The former is a great plus and helps establish a relationship quickly, while the latter can be a real pain.  I thought that she really liked me, especially when she would walk away from her hay to come greet me.  She also liked the extended spa treatments I gave her, when I would spend at least half an hour grooming her.  On the other hand, I got into big trouble when she insisted that it was now time for her dinner and I would not serve it right away.

All that went fairly well, to the point where we could do just about anything in the arena, from pushing around a ball to carrying a flag, to trotting over tarps, to doing little jumps.  However, leaving her comfort zone proved more challenging.  Any activity away from her paddock or the barn triggered a lot of fear.  We tried to ease her into leaving her comfort zone by going on hacks down the road with other horses.  To a certain point, that was successful, and we had a few great trail rides.

I was sad to see her go back home when my time with Astuta came to an end in the fall.  I hope that she will find an owner who has the time to take it slow and not push her too fast into something she is not ready for yet.  She will be a great companion for that lucky person.

Update: Astuta is currently adjusting to her new life as a broodmare near Edmonton.
Visit Milagro Farms